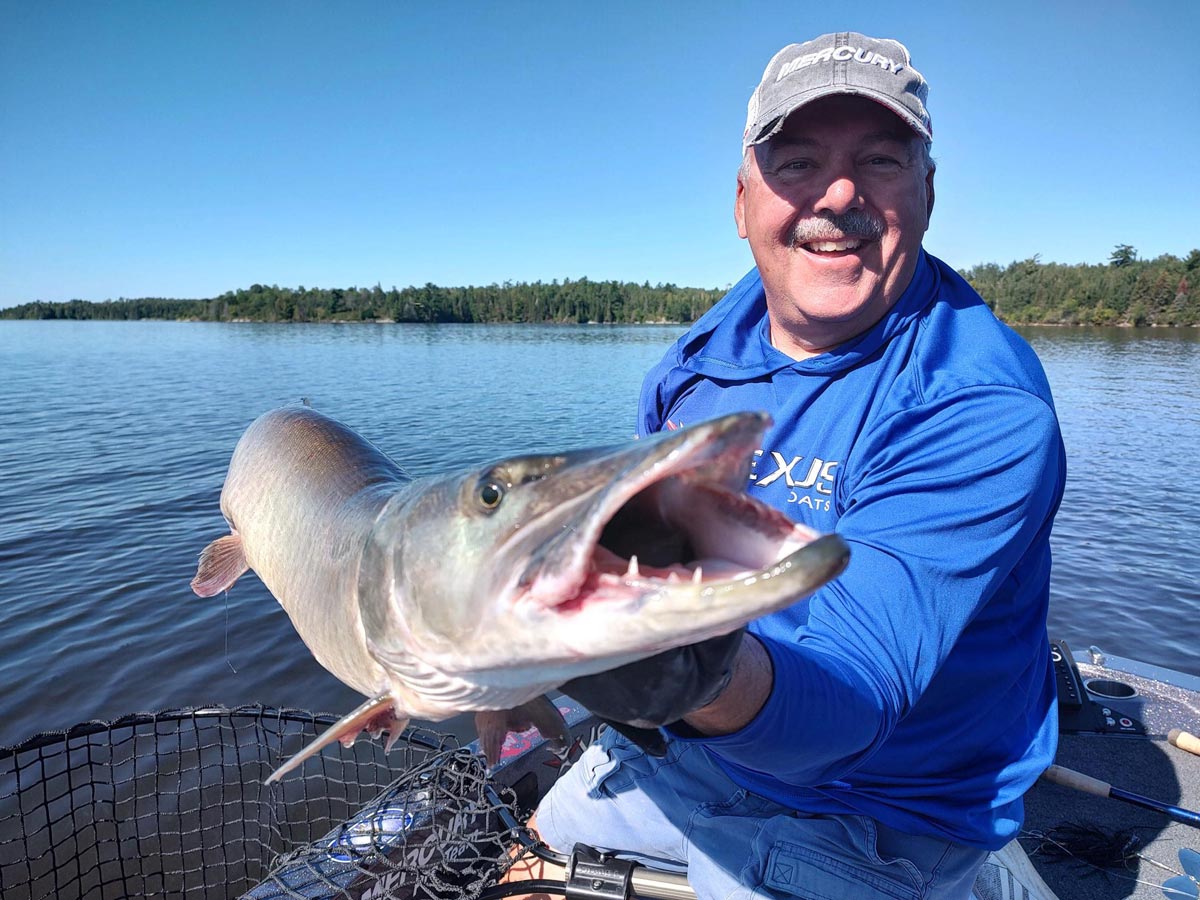 Steve Heiting is a Muskie icon and former editor of Musky Hunter Magazine. Steve will unveil his secrets for varying bait-speed to help you land more finicky muskies! Steve’s fishing tactics have been featured in articles in In-Fisherman, Field & Stream, Outdoor Life, Bass Pro Shops Outdoor World, and Wisconsin Outdoor News magazines; and he was a featured guide in three books. He is also a contributing writer to Wisconsin Outdoor News, providing vital musky information to the readers of the state’s largest outdoor publication. His articles and photographs have appeared in more than two dozen magazines and newspapers covering the outdoor sports.
Co-owner of the University of Esox Musky Schools, Steve conducts numerous seminars throughout the Midwest each year. He serves as master of ceremonies for the National Championship Musky Open, the largest musky tournament in the world, and is the lead presenter at the first-ever college musky fishing course offered annually by Nicolet College of Rhinelander, Wisconsin.
Steve Heiting has written, edited or contributed to 25 musky books and has produced five musky fishing DVDs. He is a regular guest on “The Musky Hunter” TV show.
Back to Seminar Schedule