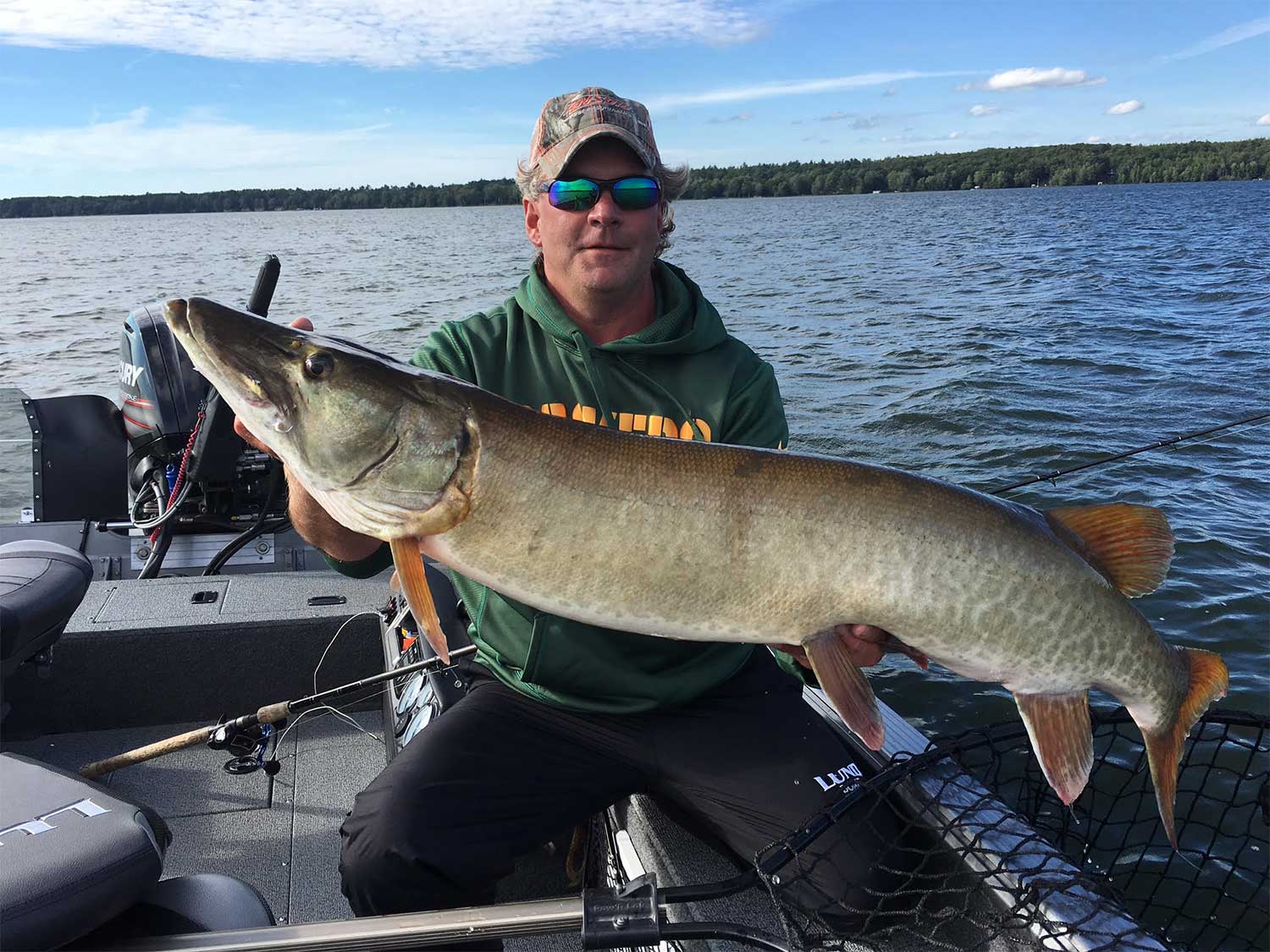 Rob Manthei lives and operates his guide and resort business in St Germain WI.  He’s been guiding 25 plus years.  His passion is muskies, however, he enjoys catching anything from crappie to walleye.  He’s won the Rollie and Helen’s Musky Tournament in 1999, MWC Walleye Trail Team of the Year honors in 2004, and the Eagle River PMTT in 2009.  He’s left the tournament scene to concentrate on his resort, guiding, and filming with John Gillespie.

Rob Manthei is one the most knowledgeable muskie and walleye anglers in the nation. He has appeared in countless television shows, magazine and news articles and more. Be sure to catch Rob on Friday, February 28 as he provides his insight during the WI Fishing Expo Muskie Panel. He will also be teaching a seminar on Sunday, March 1 on live bait tactics for muskie. See our full list of speakers here.

The Wisconsin Fishing Expo is 150,000 square feet of all things fishing and will be held February 28 through March 1 at the Exhibition Hall at the Alliant Energy Center, in Madison, Wisconsin.  For 2020 it is in its fourth year of expansion and added an entire new bank of booths bringing it up to over 350 vendors from St. Croix to Daiwa in manufacturing as well as small mom and pop style lure makers. Major boat brands are always present like Crestliner, Skeeter, Ranger,and Alumacraft as well as the top outboard companies like Mercury, Suzuki, and Yamaha!