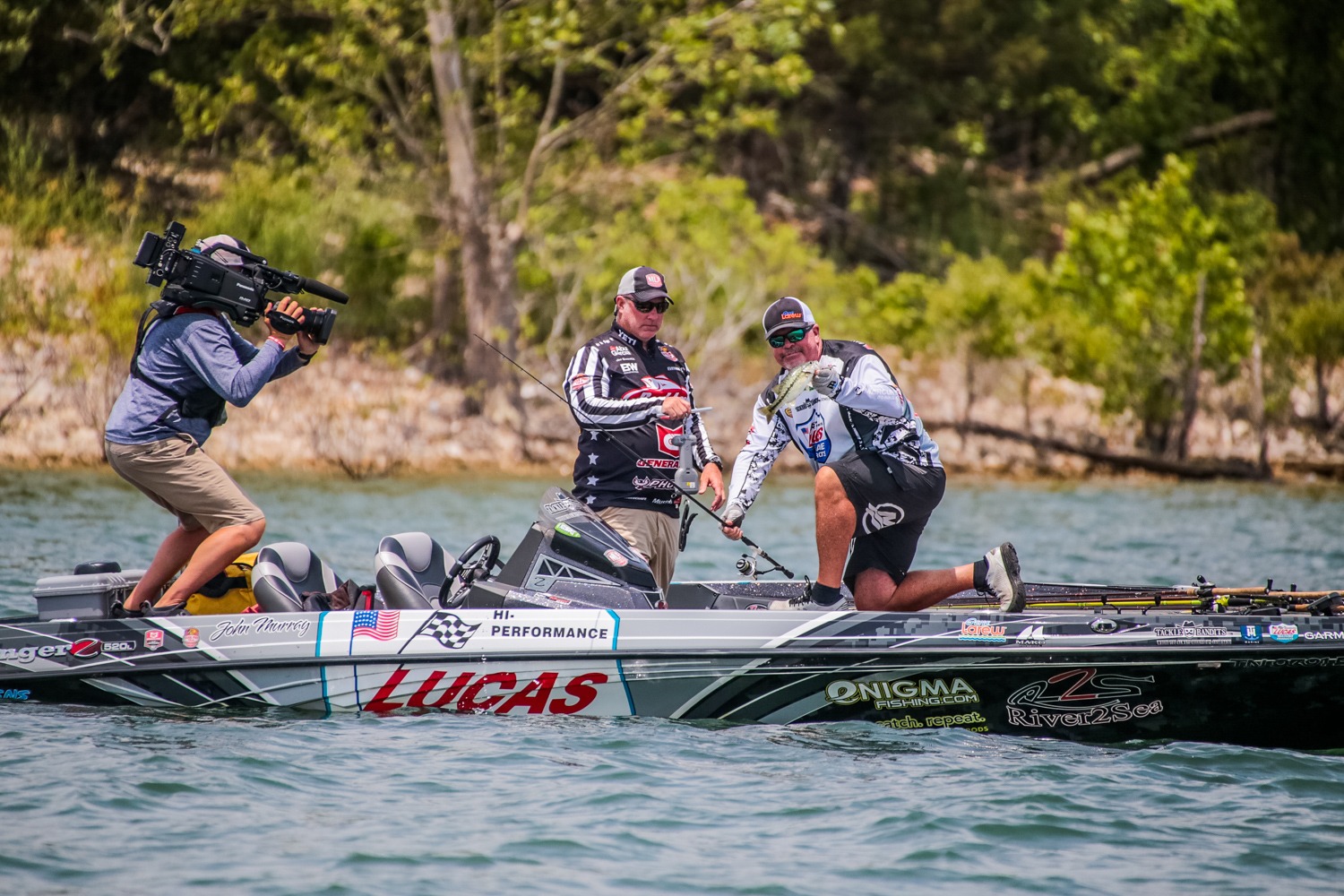 John has been a full time professional angler since 1985 fishing local, regional and national tournament circuits like BFL, Won Bass, FLW and Bassmaster Elite Series. At one time, John was being called the ironman since he was fishing both FLW and the Bassmaster Elite Series the same year. John is the only professional angler to win a fully rigged bass boat on every major western waterway from New Mexico to Washington totaling 31. He has qualified for the Bassmaster Classic 7 times and is a 2 time US Open Champion.

John lives in Spring City, Tennessee with his wife Amy and Son TJ. His hobbies include saltwater fishing and watching Baseball. John has developed a strength many anglers have difficulty with and that is Deep Structure fishing which is a necessity fishing the deep clear reservoirs in the west. John has had an opportunity to fish from one side of the country to the other and his favorite two lakes are Lake Mead in Nevada and Lake Erie.

John has run Ranger Boats powered by Mercury with Garmin electronics for the entirety of his Bassmaster Elite career. At present, his tournament boat is a Ranger Z521 with a Mercury 250XS power plant.

We regret to inform you that we have received notification from our host venue, Madison’s Alliant Energy Center, that they have extended the closure of their facility likely until 7/1/21, and therefore they have canceled all during those times, including ours for February 26-28, 2021.

As you all know, we’ve been working diligently to prepare for the upcoming event, despite the various challenges to space planning, safety measures, determining how to have our traditional seminar series in a virtual style, and even the extended closure of the Canadian border.  This setback is disappointing for us, as it undoubtably is for many of you, and our vender partners.

Attempting to prepare options, we spent much of the month of last July researching and visiting alternative sites, in preparation for just such a decision.  Unfortunately, we were unable to contract a space sufficiently large enough, and with the necessary facilities, for a date set which was acceptable to a majority of our vendor partners, as confirmed by a survey we completed in early August.

Thus our 2021 WI Fishing Expo has to be canceled, and we’ll begin making arrangements with our vendor partners for the 2022 event, slated for February 25th through the 27th.

Remember fellow anglers, this isn’t goodbye, just so long, till next year!  Wait until you see what’s new for 2022!